In which I am shamefully ill-informed

About everything. But in particular, I cannot keep up with all the new releases and anticipated releases and books I want to read but haven’t.

So every now and again, a book I (often for no good reason) firmly believed was a standalone turns out to, well, to not be.

Generally this revelation comes courtesy of the sequel turning up on bookstagram and me going wait, what? It happens with longer series, too, a trilogy that turned out to be four books long and another that was actually five – and in both cases the final books aren’t out yet so I couldn’t read the series all in one lovely binge to avoid the dreaded cliffhanger scenario.

The most recent surprise sequel

I have a weakness for dystopian. I don’t care if it was overdone to the point of death a few years ago, it never actually flatlined and I’m doing my level best to keeping it ticking over until the inevitable resurgence (sideline – I think we may already be creeping that way. I’ve seen & read a few more recent additions that are stretching the genre beyond its cliches. Maybe that’s another post).

So Zero Repeat Forever was a bit of an impulse buy based on nothing more than having seen it around and knowing it was dystopian. And it’s happily sat on my shelf with all the other unread books ever since. Until last week, when I spotted Cold Falling White on a bookstagram feed. Cue also linked revelation that it’s written by a female author called Gabrielle, and not the bloke called Graham I had apparently invented from thin air in my head. I don’t know, there’s no point asking.

So here’s the synopsis of book one, which has jumped right up my TBR list so I can decide whether to buy the sequel. Though, if we’re honest, buying sequels and indeed entire series before I know whether I like the first book is another weakness of mine…

He has no voice, or name, only a rank, Eighth. He doesn’t know the details of the mission, only the directives that hum in his mind.

Dart the humans. Leave them where they fall.

His job is to protect his Offside. Let her do the shooting.

Until a human kills her…

Sixteen year-old Raven is at summer camp when the terrifying armored Nahx invade, annihilating entire cities, taking control of the Earth. Isolated in the wilderness, Raven and her friends have only a fragment of instruction from the human resistance.

Which seems like good advice at first. Stay put. Await rescue. Raven doesn’t like feeling helpless but what choice does she have?

Then a Nahx kills her boyfriend.

Thrown together in a violent, unfamiliar world, Eighth and Raven should feel only hate and fear. But when Raven is injured, and Eighth deserts his unit, their survival depends on trusting each other…

What books are sitting around unread on your shelves despite your best intentions? Have you ever been taken by surprise by a sequel, or more than one? 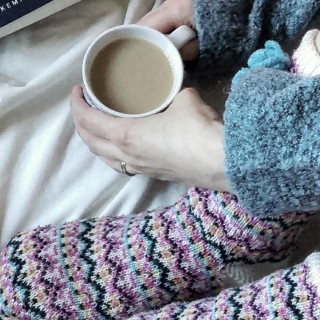